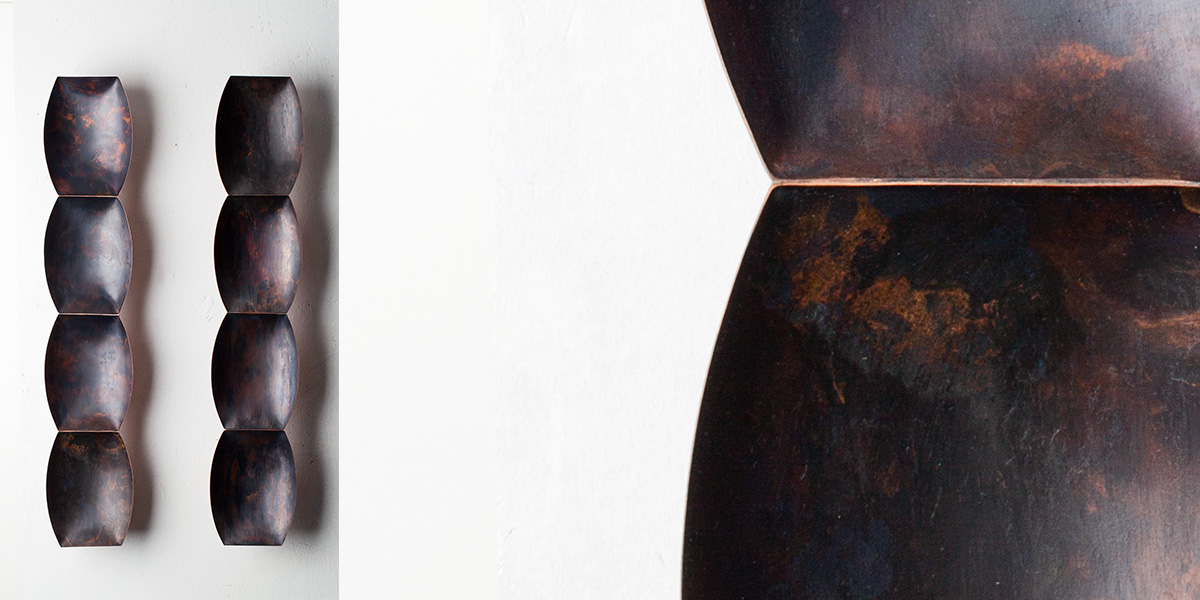 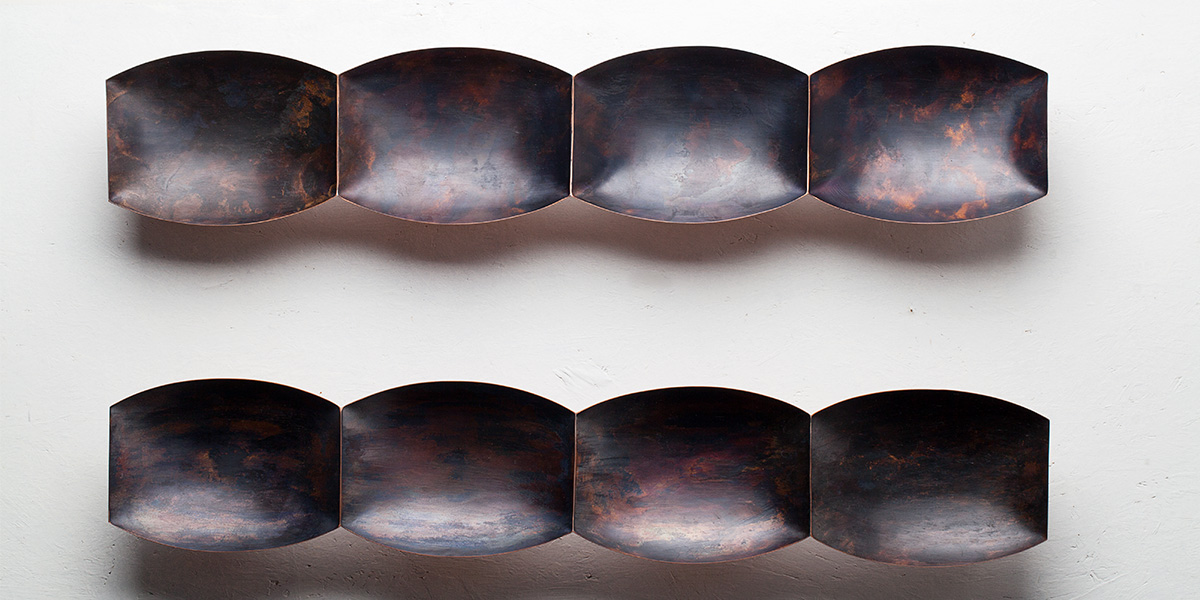 As always, he has created strictly minimalist works of art. Large works lend a sense of rhythm to a wall. Rembrandt Jordan uses polished and patinated metals and precious metals. Light reflectance or non-reflectance thereby becomes an additional element that integrates some of the objects into their surroundings and isolates others.

The sequencing of apparently identical elements in the series and combinations is merely an illusive repetition. The elements of the refined series may appear uniform, but they are not machine-made replicas. Discreet traces of the artist’s handiwork, such as visible solder, are not hidden. On the contrary, they are subtle signatures left by Rembrandt Jordan to make each of his one-of-a-kind pieces perfectly imperfect. In the same way as a musician is recognizable by their distinctive sound, Rembrandt Jordan marks his work with a reminder of his own highly personal artistic intervention.