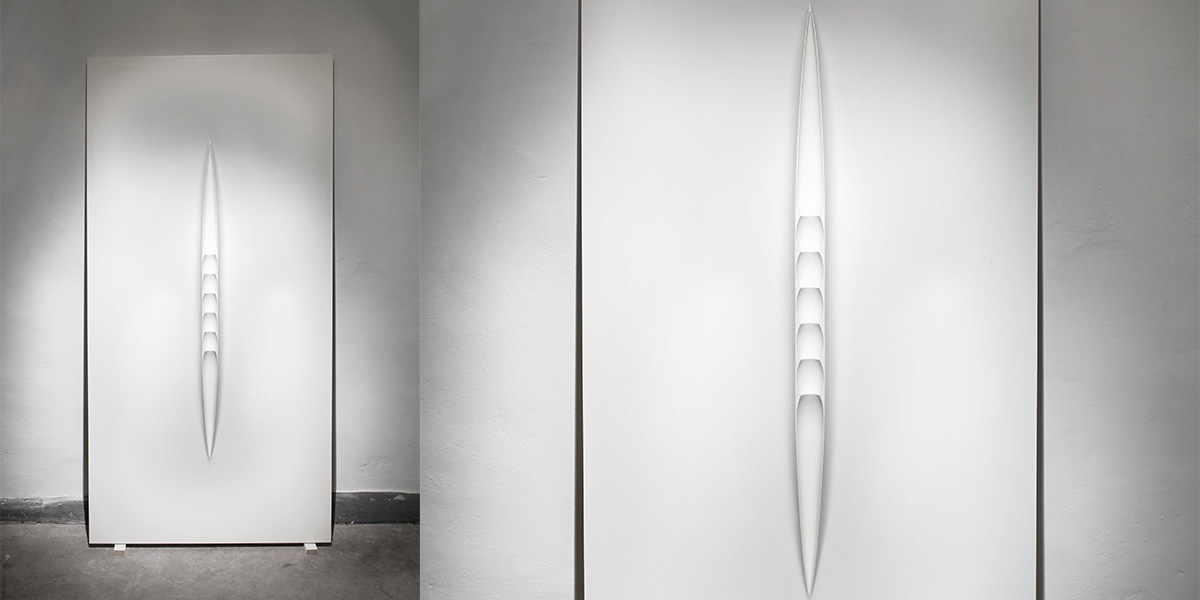 Intimacy is one of the 'Molting Molds' sculptures.

The starting point of this exhibition is a collection of molds, prototypes and models. As a by-product of the artistic
process, they are stored away after fulfilling their role in the creation of the artwork. Never shown or adapted
afterwards, but only put away for years in their original form: stored as in a sarcophagus.

Now, rediscoverd in the context of this exhibition, these pieces undergo a metamporphosis and are interpreted in
a new way. They “mulled” from their original function and purpose to a new state as an autonomous artwork.
The interaction that rises between the works reveals a play of contrasting forms: hollow-sphere, empty-full, positive
and negative. As yin and yang the focus doesn’t lie in the opposition, but on the complementary elements that
bring balance to each other. This duality is a recurring theme in the works of Rembrandt Jordan.